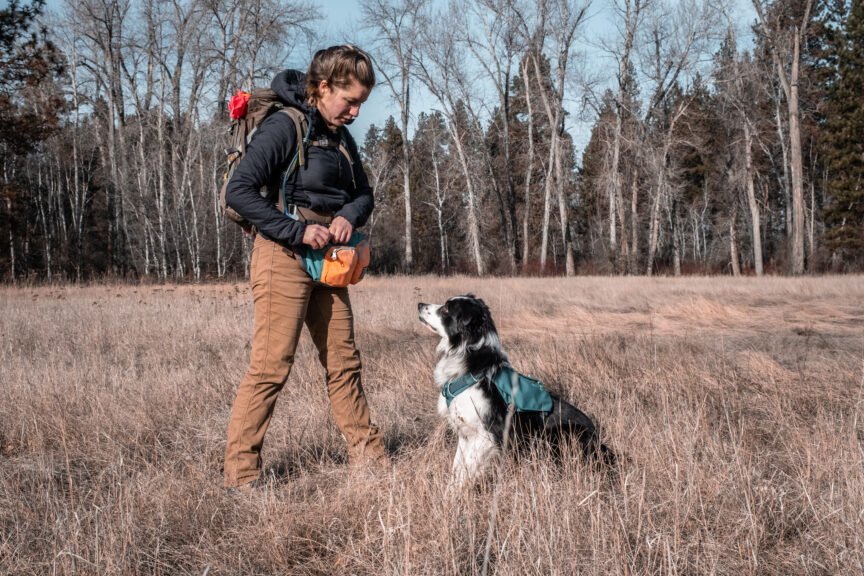 I was fired, effective immediately. Through tears, I listened as the man who’d scouted and hired me for my dream job explained that because I was being let go within a 6-month probationary period of a position change (despite being at the organization for 18 months), I would not receive any details or explanations on the decision.

My head spun. I was a successful young professional; a highly driven graduate of an elite college. I’d spent blood, sweat, and tears to get into the extremely competitive and specialized field of conservation detection dog work. I had been thinking of buying a house, of advancing in  this organization until I was a senior staff member.

I absolutely loved my job. I relished the close bond with the dogs, the hard days in the field. I even enjoyed the pre-dawn mornings and the respite of desk work after weeks or months on the road. I felt incredibly lucky to join my love of dog training with my background as an ecologist, especially after the years of work I’d invested to break into the field.

Sure, I’d had doubts at times about dog care or organizational procedures. But I reasoned that, like a marriage, no workplace was perfect. While my honeymoon period of starry-eyed adoration of the organization had faded, I still felt fiercely dedicated to the work, the dogs, and my coworkers. How could I be fired?

My first thought was how to handle meetings scheduled for later that day. I worried about canceling them and leaving my connections hanging. But when I tried to sign into my email to let the reporters and volunteers know I wouldn’t attend our meetings, I found my password had already been changed.

I looked around my tiny studio apartment, feeling numb. I’d given up a lot to take this job: an amazing lifestyle as a digital nomad traveling the Pan-American Highway, complete freedom in scheduling and location as a solopreneur. My ears pounded and a hard lump swelled in my throat.

I fired off a few quick texts to loved ones. Then I really started to sob, crumpling into my couch. The two dogs in my apartment pushed their heads under my arms, trying to lick the snot and tears from my face. One dog, a fluffy black-and-white border collie named Barley, is my best friend in the world and is my personal dog as well as K9 partner. The other, a sleek and leggy Belgian Malinois, was a foster dog with the organization I worked for. Both dogs are trained conservation detection dogs that I’d worked with to sniff out everything from invasive zebra mussels to the scat of endangered predators.

Ignoring the sympathy calls that were now rolling in on my phone, I signed up for unemployment insurance and Obamacare in the next few hours. I sent a 30-day notice to my landlord. My lease was about to be renewed and I was certain I wouldn’t be able to afford rent in the coming months. I started contemplating moving to Wisconsin with my dad. I was also due to bring home a puppy in about a month, a prospective working dog to grow the ranks of conservation detection dogs. Would I be able to afford raising him?

Later that day, one of my favorite coworkers came to collect the Belgian Malinois and my other company equipment. She traded his leash for a small box of items I’d left at my desk throughout the COVID lockdown. It was an awkward and sad interaction, and I hurried away with my box to my plant-filled but strangely empty apartment. That was the last time I saw the dog I’d lived with and trained for six months.

I racked my brains for a warning I’d missed. I had no hint from performance reviews, formal or informal, that I’d been in jeopardy. I felt blindsided. At just 26, I was very early in my career. If I’d failed so miserably in a position that I loved dearly, I wanted to know how to improve. Emails asking for that feedback from my former employers remained unanswered.

The next few weeks were a blur. I found a much cheaper apartment with a friend, and moved 20 minutes out of town. I filed dutifully for unemployment and searched for jobs. My puppy Niffler, named for a magical beast from Harry Potter that helps wizards find treasure, came home on the shortest day of the year and I spent the next few months dedicating most of my time to either training the dogs or applying for jobs.

I have always been a bubbly person, and on the outside it appeared that I was coping well. But I was at a complete loss; barely sleeping and finding myself binging on chocolate and social media instead. I broke up with my boyfriend and nibbled edibles in my apartment, my fingers tangled in the fur of my dogs. I can’t imagine how alone I would have felt without the company of my border collies. Even though I had no idea what our next job would be (or if I’d ever be a conservation K9 handler again), we trained every day. That routine and structure was invaluable in mitigating my depression. Northern winters are hard enough during a pandemic, but I had never expected to weather those months unemployed and adrift.

I kept training my dogs and kept an eye on ecology job listservs, but I resigned myself to return to freelance writing and working at an animal shelter. I’d held both jobs in the past, but they felt hollow after a taste of training dogs to save the planet at one of the top organizations in the field.

March came around with longer days and hints of snowmelt. My mother and sister, now fully vaccinated, invited me to stay with them for a month in California. I loaded up the dogs and drove down, looking forward to a month of family and sunshine to shake off the cobwebs of the darkest season of my life.

It’s incredible how comforting it is to be around loved ones. Energized for the first time in months, I read and reread the non-compete agreement I had signed when I joined the organization. I then cross-referenced it with case law in my state. Precedent dictated that a non-compete is void if the employer fires the employee. Ignoring knots of trepidation in my gut, I took the plunge and bought the domain K9conservationists.org. I filed for non-profit status and started reaching out to mentors to serve on the board. I’d started a business before, but had no idea how to run a non-profit. I had to start.

I spent the next few weeks listening to the howling winds of springtime in the Mojave Desert, watching the weather spin from sunshine to snow in moments. The dogs and I trained during breaks in the wind, and then I bent over my laptop to build the website. I secured a summer job for the dogs and me finding bat fatalities on wind farms and started writing grants to fund upcoming research ranging from turtle nest detection to jaguar scat surveys. I started to feel alive again, though I still felt (and feel) scared.

I did not plan to embark on a journey to start a detection dog organization alone or this early in my career, but I am jumping in headfirst now. While I am incredibly grateful for the amount I learned from my former employers, I still feel bitter about how things ended. My dogs have been and will be at my side. I am gathering a board of skilled ecologists, dog trainers, and fundraisers to support me; I hope to hire other handlers soon. I plan to build K9 Conservationists into a kind, progressive organization that treats its people and dogs with the integrity and respect that we all deserve.