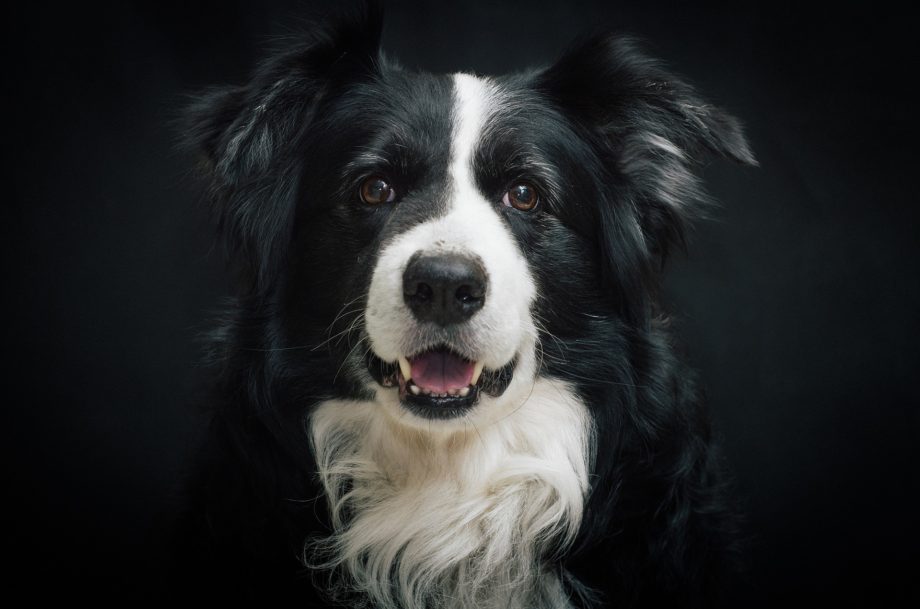 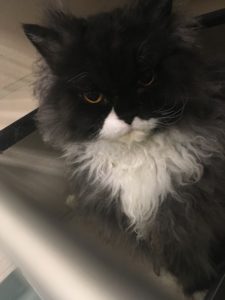 I post plenty on social media about how much I love my job. There are cute fluffy kittens and amazing turnaround stories. But working in the animal behavior department at an animal shelter isn’t all puppies and inspiration.

Today was hard. It started with a kitten that’s had 28 training sessions. My job was to see if she was ready for adoption. When I showed my face at her kennel door, this 4 month old kitten hissed, spat, lunged, and then growled. Her brow was furrowed, pulled low over hard eyes. Her ears were so flat that I couldn’t see them. She showed all of her teeth as she hissed. I slowly offered her some food, and she swatted at the offering so hard it splattered against the wall. Not surprising, given the warnings she gave me. But after 28 sessions of training, this was pretty discouraging. She “failed” her recheck and is going to go be a barn cat instead of living in a cozy house. Not the worst option, but not the best either.

Later, I stopped at the kennel of a lovely young border collie. His grin was wide, his tail wagged his whole body. A sign said “Bite Quarantine – STAFF ONLY.” I did our little training session through the bars. He caught on quickly to target training and seemed familiar with some basic cues. I later looked him up. He brought toys to people, then bit them if they picked the toys up. He bit a 6 year old several times and would be euthanized when his 10-day bite quarantine was up. I swallowed that hard, trying to keep thoughts of rescuing him from my mind. I love border collies.

Our shelter is at capacity. Although we don’t euthanize animals due to time or space constraints, it’s incredibly stressful to see every dog in a half kennel or sharing a kennel. While I started training my long list of dogs, the animal care staff started moving all the dogs around. We’ve got a truckload of 20+ dogs coming in from Oklahoma tomorrow, they explained. We need to make space. So we squished the dogs down into ever-smaller spaces, still complying with PACFA regulations. 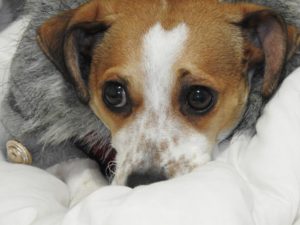 I was asked to help move a dog from one kennel to another so we could clean her kennel for tomorrow’s new arrivals. I knelt near her, my weight on the balls of me feet so I could move away quickly if she chose to come after me. A scared little Jack Russel mix, she stood with her weight back, her eyes on me. As someone started hosing a nearby kennel, she began to growl. I waited for her to be quiet, clicked, and tossed a treat. We worked up to her coming up to take treats from my hands. I put my leash on the ground, a wide loop on the floor. She immediately backed away. If she looked at the leash, I clicked and tossed treats into the circle. She moved forward to eat them. We repeated this ad nauseum. I slowly started to lift the leash loop, gradually increasing the angle until the loop hung vertical. She still wouldn’t approach it without a treat on the other side, but I needed to move her.

I hate flooding dogs. I hate forcing them to do what they don’t want to do. But as the little Jack Russel stuck her head through the leash to lick a piece of hot dog from the ground, I dropped the loop. She barked, growled, and snapped at the leash, leaping backwards so fast that it fell off. I sprang up at the same moment, and she pressed herself into a corner, growling and staring at my hand. I slowly put the leash into my pocket and she relaxed. I tossed a few treats. 20 minutes after starting to work with her, I’d just ruined all of that leash training. Any trust in me was gone. Her eyes hard, she continued to growl and bark. Her weight started to shift from back to forward, and I backed out of the kennel. Despite my best efforts, we had to use a catch pole to move her to the next kennel. My stomach sank. All that training, all that relationship building, gone.

None of the dogs I worked with today had good training sessions. Many are so fearful that they had to be catch-poled to move from one kennel to another. The cacophony of barks from overcrowded dogs created a positive feedback loop of stress. As I tried to coax a 16 week old puppy out from beneath a bed, I had to stop for a moment and pull out my Pacifica app. I had to breathe for a while. The dogs aren’t the only ones who are struggling in this time. The puppy never came out.

As I went from one kennel to the next, speaking softly and sweetly to dogs, trying to coax them out, giving treats, introducing them to leashes and new people, I felt hollow.

This is the reality of shelter work. In an ideal world, all of the “behavior” animals would be in super-quiet, softly lit rooms. They would have choices and ways to avoid people if they wanted. We could block their vision and give them ample time to adjust to the shelter. Only the quietest kennel cleaners would enter, and everyone would be fed puzzle toys and given constant drive-by treat tosses. They’d never be moved until they were ready, and we’d never overcrowd or flood them.

But that’s not the reality. After we complete our renovations, the behavior ward will be very similar to my vision. But until at least 2019, we’re under construction. That means less space, more noise, and more pressure. The staff and animals are expected to do more with less. There’s not much to be done about it.

I swing from feeling intense empathy and pity for a scared animal to frustration at a former owner. One moment I’m terrified of a forwardly aggressive dog, the next I want to cry as I hear the story of a former owner who tried the best they could with an unwinnable situation.

So yes, I love my job. The work we do is amazing. We have an amazing success rate. My team is resourceful, smart, and creative. The shelter really works to exhaust every option for these animals. But it’s not easy – physically or emotionally.